We Have Got Real Pilot's Chronograph for you 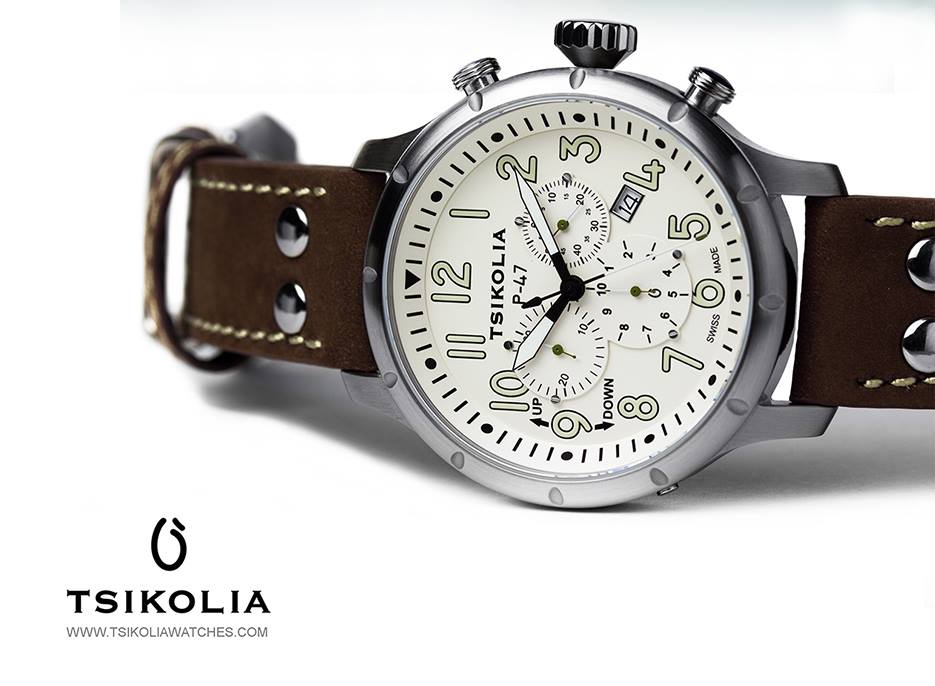 BY PAYING SPECIAL RESPECT TO THE GEORGIAN CONSTRUCTOR IN THE USA ALEXANDER KARTVELISHVILI, GEORGIAN INDUSTRIAL AND TRANSPORTATION DESIGNER ZVIAD TSIKOLIA CREATES THE WATCH INSPIRED BY THE THUNDERBOLT P-47.

It all begun from the very childhood years, when the designer found out the story about the aircraft and its creator. So he had a dream to create something in association and respect with the legendary thunderbolt. Tsikolia was almost sure that one of his successful collection was on the way when he only started his watchmaking occupation.

And so here we are, the P-47 is one of the most famous and successful tribute to the aircaft, most well armed and fastest fighter of WWII.

There are pilots’ watches and then there is the P-47 by Tsikolia. It takes the idea of time and flight to a whole new level.

P-47 Thunderbolt, this Swiss-made Ronda chronograph is bold, functional and brimming with elements drawn from the inspiration. For instance, the sub dials mirror the cockpit instrumentation. The notched bezel looks like it was pulled right from the nose of the plane. And no color on the case or the dial is used that wasn’t on an original production model of the aircraft. All of this comes with two straps — bold, thick genuine leather and nylon Zulu — packaged in a Red-Dot award winning box designed after the ammo cases of WWII.

The watches are wide popular among general public as well, people who are not necessarily aware of aviation. Only after getting to know the history behind the watch they instantly fall into it.

As for now the watches come in 11 colors. The company plans to expand the variety of collection in future.

Tsikolia Watches just opened their first boutique in Georgia, in Radisson Blu Iveria Hotel. Online sales are in process, that’s why some colors are already sold out.