It probably takes a dedicated car lover to have heard of UK based Caterham. But I would garner to say that even less people have heard of small watch brand Uniq. Not yet necessarily official, this is a concept Caterham watch by the watch design company. They have produced other similar watches so I believe it likely that these will make their way to production at some point. 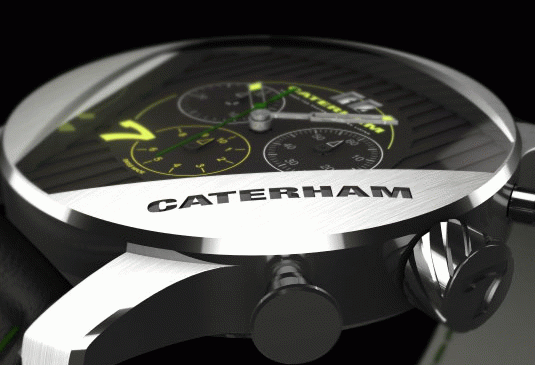 There is something interestingly similar about Caterham and Uniq. Both are exclusive little companies but those that aren't interested in producing things at wild prices. Caterham's mostly "Superlight" cars are speedy and barely street legal, but they also don't come with supercar prices. According to their website most of these cars are priced from between 20,000 - 40,000 British Pounds. Not cheap of course, but certainly within the range of affordability for the common guy who saves up long enough for a cool track style roadster. Previous Uniq watches have all come in at under $500. 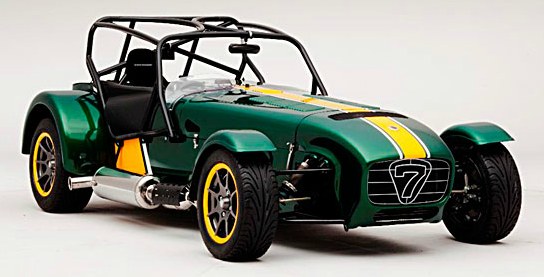 The Caterham concept watch is interesting for having a round case but a triangular face. The dial itself round. The idea behind this look comes from Caterham's signature "7" grill. I think that Uniq's ability to integrate this look was... well unique. The watch case is steel with the Caterham name engraved into it. Size is 44mm wide. 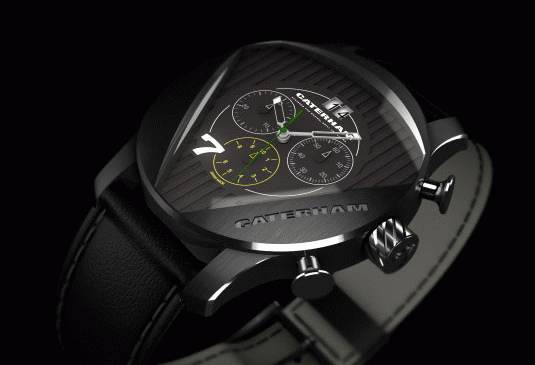 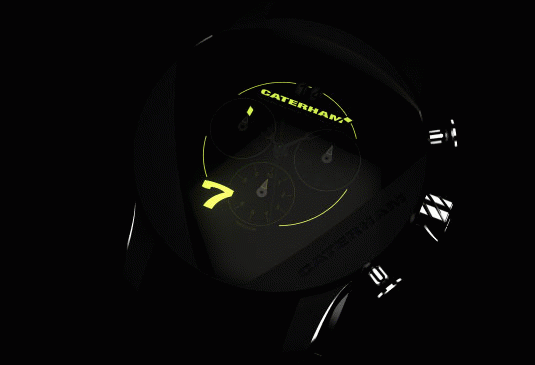 Inside the watch would be a Swiss Ronda quartz chronograph big date movement. The integration is very nicely done, and it has a smooth mixture of style and legibility. Kudos to Uniq for that. You'll see the prominent "7" hour marker which has significance to the auto maker. According to Uniq the dial would have SuperLumiNova lume on it. As you can see the lume would be mostly cosmetic being applied to the 7, ring around the dial, car maker logo, and hour and minute hands.

Other details such as the design of the crown and piston style chronograph pushers are a good touch. This design is both modern and unique, while also in conformity with many watch design rules of ergonomics and legibility. While it isn't something everyone will wear, it isn't a bad piece and I think that Caterham would be happy to have its name on there. Look for these Uniq Caterham Seven watches possibly soon.